Many, many years ago, a few decades at least, I made walnut ink over a campfire over the course of a weekend. That ink was then used as dye for fabric by some soul long since forgotten. It was a living history event, and our unit was making homemade dyes and demonstrating their uses. I faintly remember the hours of stirring the huge cast iron pot (much like making apple butter) for what seemed like forever. So, why I decided to re-venture into such realms eludes my intel at the moment. Save it say that I have…

This year, I wanted to do some inky explorations during Inktober… use some ink bases that I don’t often use, or have never used. I’ve always admired those old illustrations done in sepia ink… or maybe it was at one time black ink faded through time. Anyway, I’ve been tempted to make some of my own. With that in mind, I decided to make myself up a quart or two of fresh Black Walnut ink. It’s a fairly simple, if time consuming, process.

Step one: Find a source for Walnuts. For me, I had to go no further than my church yard. Walnuts were free for the taking, and or eating thereof. Fresh fallen walnuts have this shell/husk to them that must be removed. I HIGHLY suggest that one wear rubbergloves while picking…well, throughout the whole process, really. Walnut juice stains EVERYTHING it comes in contact with.

Step two: fill your crockpot/stew pot with husks and water and boil until beyond dead. I suggest doing this outdoors if possible. Walnuts have a very distinct, nostril curling odor. Even for me whose sniffer is less than adequate, the smell is powerful. I cooked mine round the clock for two days on High.

Step three: strain out the husks. boil again for many hours, then strain again through an old stocking (panty hose or knee high). This last strain gets all the unwanted particles out. At this point, I tested the “ink” on a bit of paper to see if I thought it was dark enough for me.

Also, at this point, I changed from crockpot to steel stew pot, added water and repeated the boiling for several more hours. I wanted to try to darken and thicken it a bit more. It did darken it minutely, no real difference in viscosity, though. Sigh… Won’t work so well for my glass dip pen or quils, but works great as a “wash”. It works to some degree with the glass pen, but requires dipped every two letters written so that really doesn’t work for me. Either way, it is what it is and I’m good with it.

I did test the ink on a piece of unfinished pine and it really looked nice. So nice, in fact, that I’m considering staining my handmade chair with it after Inktober is done.

So, now, I’m ready to play for Inktober!

It’s that time again! Time to gather around the table and share some juicy tidbits of fiction with the folks of Friday Fictioneers, hosted by the lovely and talented Rochelle Wisoff-Fields. You can find other small tales of wonder, and danger at: rochellewisoff.com. Come on out and join us! This week’s photo is loaned to us by our own illustrious hostess Rochelle Wisoff-Fields .

Iosa instinctively crawled towards the light. As she drew nearer, she began to hear voices, low and soft, their words chilled her to the very marrow of her bones.

Iosa remained hidden just beyond the lanterns glow. Her heart constricted her throat. How could it be? She couldn’t believe what she was hearing… but, these were the guards. They would know the truth, wouldn’t they? Maybe, if she watched, she could find a way out, a way to go home…

I couldn’t resist a two-fer this week. Here’s a second story to go with the prompt. It’s that time again! Time to gather around the table and share some juicy tidbits of fiction with the folks of Friday Fictioneers, hosted by the lovely and talented Rochelle Wisoff-Fields. You can find other small tales of wonder, and danger at: rochellewisoff.com. Come on out and join us! This week’s photo is loaned to us by : Alica Jamtaas.

Living on the lite edge

I woke up, groaning as the cricks and crenks of sleeping on concrete bit into my bones. The small storage unit I’d rented didn’t allow overnight stays, so I’d adjusted my schedule. I came in at opening time in the morning, rolled out my bag, and slept until late in the day. Nights, well, I spent those on the streets. There were places to go… truckstops, all-night groceries, even a diner or two.

Today, when I returned, I noticed my unit was standing wide open. The manager was there, hands on hips. He wasn’t happy…

Author’s Note: What I wrote earlier reminded me of watching my own little piece of heaven floating down the Ohio a few years ago during heavy flooding. I had just purchased a used Unibuilt shed and placed it on a little piece of land down near the river (above the 100yr flood levels). It was a little place for me to escape to, where I could work on my writing, art, etc. I kept a few bins of childhood mems there that I inherited as well as all my regalia and ceremonial accrutrements. It was MY place. Anyway, the floods came… and came… and before I could tread water to try to save what I could, my little shed launched itself never to be seen again. I’m sure someone downriver probably caught the shed. After a period of grief, I had a moment to realize how frivolous these “things” were. Nothing that couldn’t be replaced beyond some pictures of a family that I never felt truly a part of. Leant itself to me finding new footing in this existence and a new start freed of obligations that I had inherited.

It’s that time again! Time to gather around the table and share some juicy tidbits of fiction with the folks of Friday Fictioneers, hosted by the lovely and talented Rochelle Wisoff-Fields. You can find other small tales of wonder, and danger at: rochellewisoff.com. Come on out and join us! This week’s photo is loaned to us by : Alica Jamtaas.

A lifetime to show…

There wasn’t much left of our decade spent in the commonwealth. Just a few drawers of clothing, a rusty bicycle, and a few boxes of salvaged keepsakes. The storm that came through in the night took care of everything else. We clamored to the safety of the ridge while looking back to see all that we owned fighting for existence within the surging waters. A flood, small in the grand scheme, was biblical to our small community. Now, we spend our days combing the banks fifty miles downstream in hopes of finding even one precious memory.

A dear friend from across the pond sent me this lovely little cupcake for my Birthday. It was DELISH! Delicate pieces of white chocolate shaved into little ringlettes. So beautiful that I almost didn’t want to eat it. Came to the house frozen so I had to wait for it to thaw a little. But, WOW, what a surprise… and I wrote last week’s “Friday Fictioneers” little story while I watched it thaw… If you missed the story… here’s the link back to it: https://mcqarts.com/2022/09/14/birthday/

It’s my Birthday today, and I’ve chosen to spend part of that time with my friends at Friday Fictioneers! So, it’s time to gather around the table laden with cake and ice cream and share some juicy tidbits of fiction at Friday Fictioneers, hosted by the lovely and talented Rochelle Wisoff-Fields. You can find other small tales of wonder, and danger at: rochellewisoff.com. Come on out and join us! This week’s photo is loaned to us by : Trish Nankeville.

What a day to remember….

Ah, a cupcake, how beautiful…

God save the King! What more needs to be said…

Get your swim fins ready…It’s that time again! Time to gather around the table and share some juicy tidbits of fiction with the folks of Friday Fictioneers, hosted by the lovely and talented Rochelle Wisoff-Fields. You can find other small tales of wonder, and danger at: rochellewisoff.com. Come on out and join us! This week’s photo is loaned to us by : LIsa Fox

That’s what the sign read in front of the church. What made it even more clear was the pontoon boat tied off to the church entrance ramp. I chuckled as I turned into the lot. The new minister had a unique sense of humor, but this… after the severe flooding…

Just because, I opened the weather radar on my phone and zoomed out a little. The map was nearly a solid green with a smattering of yellows, and a few darker red and magenta cells on the horizon. Maybe the pastor had some intel we didn’t…

Authors Note: This past month has seen record flooding in our state of Kentucky. I live well north of that area, but the devastation is very real there. And there is still rain in the forecast. Our ground is already saturated… flooding continues to be a very real threat.

The following story is written for the “Sunday Six Sentence Story Word prompt hosted by the lovely and talented Girlieontheedge’s blog. For more information and/or to participate, please find the prompt for this week at: https://girlieontheedge1.wordpress.com/2022/09/04/sundays-six-sentence-story-word-prompt-228/

I rounded the old oak tree with its yellow band of ribbon beckoning and heard faint strains of a fiddle carried on the air as a slow smile made its way to my face. I breathed in the tangy scent of fresh barbeque, tears gathered and dared to fall. It looked as if the entire community had turned out and I wondered how long it would be before anyone noticed. Stepping from from the sidewalk to the grass I clutched my cane for the painful steps to the picnic tables. I was just about to heave a sigh when a hand laid itself on my shoulder. The words ‘welcome home’ broke the dam as I collapsed into arms that held me tight.

It’s that time again! Time to gather around the table and share some juicy tidbits of fiction with the folks of Friday Fictioneers, hosted by the lovely and talented Rochelle Wisoff-Fields. You can find other small tales of wonder, and danger at: rochellewisoff.com. Come on out and join us! This week’s photo is loaned to us by : David Stewart.

Iosa closed her eyes to the chaos around her and slid down the wall. Inside her mind, she saw her home. The old shed where she’d played house as a child. The nights of ‘camping’ in the yard, filled with ghost stories and roasted marshmallows.

‘On a certain day, at a certain time, when the shadows are just so…’

She could hear her Father’s voice as he told the old story for the millionth time. What she wouldn’t give to hear that story, now. She was so tired, so very tired. 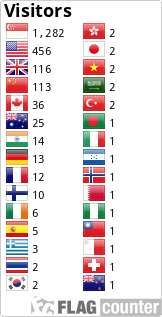